This month, Capital Science Communicators played host to scientists and science communicators from around the country attending the 2014 Annual Meeting of the Ecological Society of America, from August 10th through the 15th.

The week of festivities opened and closed with science communications events, including workshops held as part of #ESA2014. The Society also contributed to our CapSciComm-hosted events for the week, advertising our happy hour mixer in Sacramento, and nominating guest speakers for Jared Shaw’s Davis Science Café: 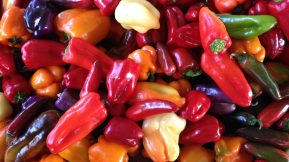 What better way to kick off a scicomm week in Sacramento than a pepper stand at the W/X farmers market? 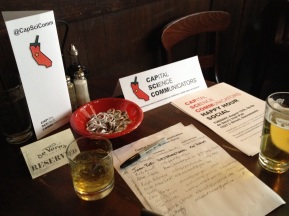 Tuesday night’s CapSciComm happy hour drew almost 30 guests, including many visiting from out of town for the Ecological Society of America’s Annual Meeting. 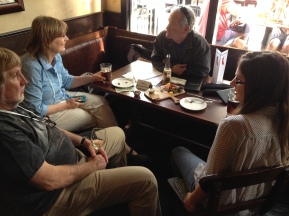 Researchers attending the Ecological Society of America conference mingled with our local writers. 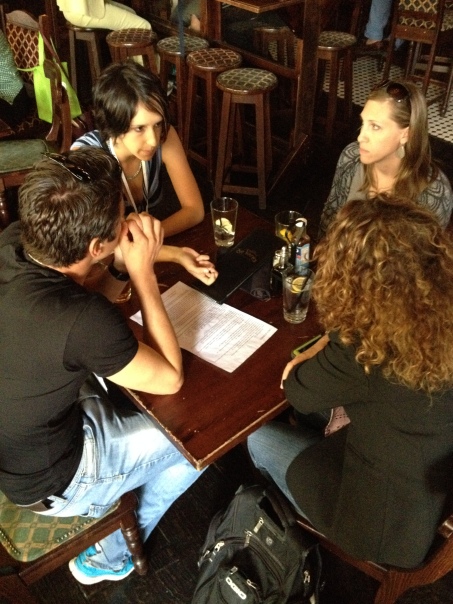 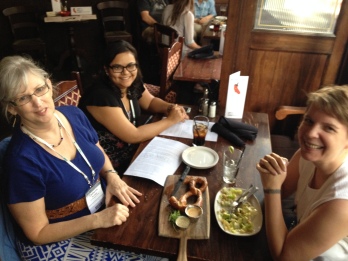 The “musician’s corner” at de Vere’s provided a sunlit setting to our gathering. 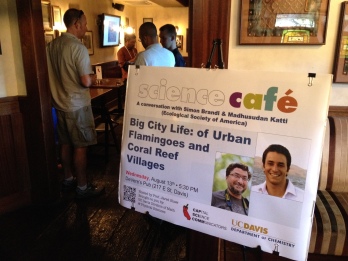 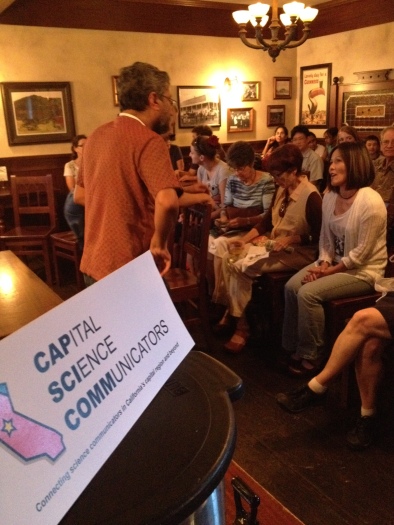 Both Brandl and Katti were winners of a ESA-hosted contest to pick the Davis Science Café speakers for this month.

Second up was Professor Katti, speaking about how urban growth has affected wildlife ecology.

Shaw, Katti, and Brandl all dropped by the studios of Capital Public Radio earlier that day to promote the event on “Insight”.

This being the first national scientific conference to come through Sacramento in some time — and the first since the inception of CapSciComm — it was proof that our local community could play host and offer a hotspot for scientists and communicators to network and innovate together. Hopefully, more scientific conferences will find their way to the Capital Region in years to come!

One thought on “Recap of #ESA2014 SciComm Celebration in Sacramento”