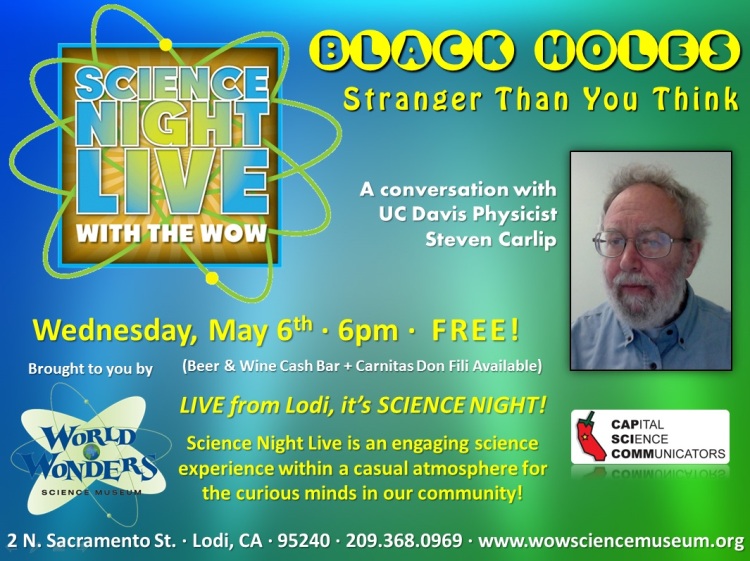 At the next “Science Night Live” science café, we’re making like Matthew McConaughey and bracing ourselves for black holes!

This month’s guest is Dr. Steven Carlip, who is a Professor of Physics at UC Davis who specializes in quantum theory and the physics of black holes—the deep space mysteries that starred in the 2014 movie Interstellar and the 2014 version of COSMOS, the television series.

As always, expect this to be an interactive evening with hands-on games explaining science concepts—so you’ll be sure to have your hands full between the beer, tacos, and science. So grab a friend after work, and drink up some science with us at the WOW Science Museum!

Debuting in Fall 2014, Science Night Live is the latest “science pub talk” series joining the Sacramento evening entertainment scene. They’re held on the first Wednesday of each month, hosted by Nick Gray of the World of Wonders Science Museum. Browse our photo gallery and coverage of the inaugural SNL evening, and learn more about science cafés in our region at www.capscicomm.org/local-science-cafes.